Our idea East Reef was one of four winning entries for the international RIBA design competition Landmark East which attracted 234 entries.  We were awarded funding by The East of England Development Agency to appoint and lead a team of experienced sub-consultants, including Arup, Expedition Engineering and Savant, to undertake the Feasibility Study of our idea.

At competition stage East Reef was a proposal for new, linked, inhabited coast defense reefs which would protect and transform a stretch of the vulnerable East of England coastline. The development potential of the low-lying, flood-prone land behind the reefs would be unlocked, and a new sustainable coastal community would be created behind the reefs.

Part of the feasibility study included the search for a site for the idea.  Our project moved to Jaywick Sands Essex, currently subject to major regeneration proposals and a new masterplan.  The key element of the original proposal, the Landmark Promenade linking the reefs, could potentially be the first 21st century pier to be built in Britain.

Measuring 260 metres in length, 15 metres high and 5 metres wide, the East Reef Landmark Promenade will be a striking coastline feature during the day and at night, when the whole structure will be illuminated internally like a glittering jewelled ribbon.  By day the promenade will have the appearance of a beautiful stitch between the sea and the sky.

The East Reef proposal includes a dive centre – the first premium quality, custom-built dive and aquarium experience in the UK – and a new esplanade featuring cafes and restaurants and watersports facilities.

The East Reef promenade made an appearance at the ‘Constructionarium’ at the National Construction College in West Norfolk – a week long educational exercise for civil engineering students from Imperial College London to construct versions of engineering landmarks.

One of the four projects the students built was a smaller scale model of East Reef.  The exercise was observed by EEDA’s Chairman, Richard Ellis alongside The Duke of Edinburgh who also met representatives from Expedition Engineering who engineered the structure and detailed the steel scale model (in reality the bridge will be constructed from pre-cast concrete and the detail will be refined). 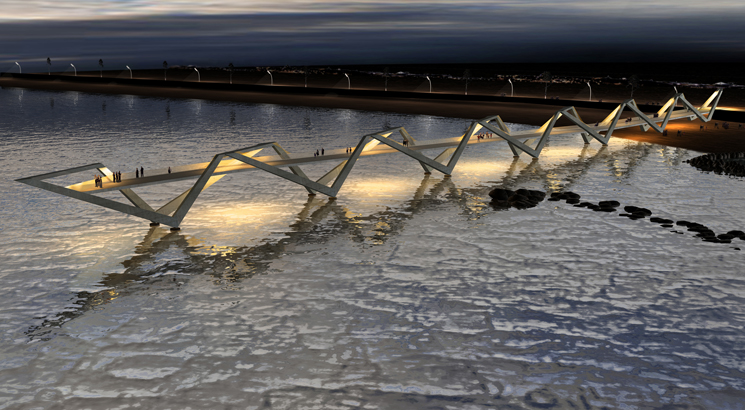 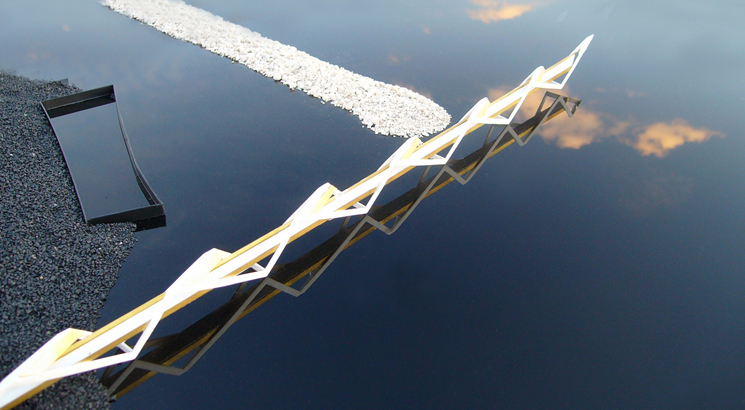 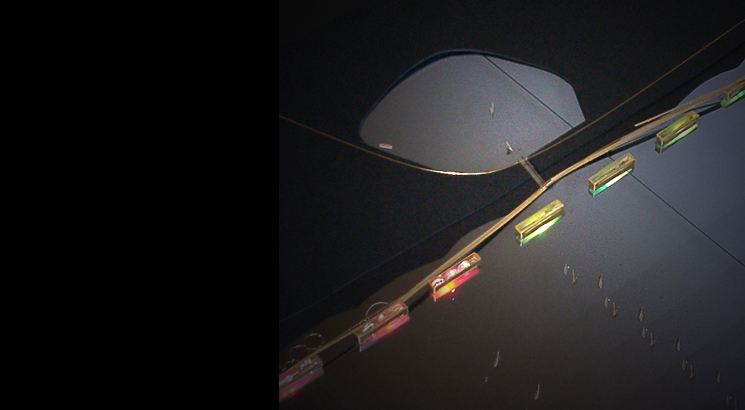 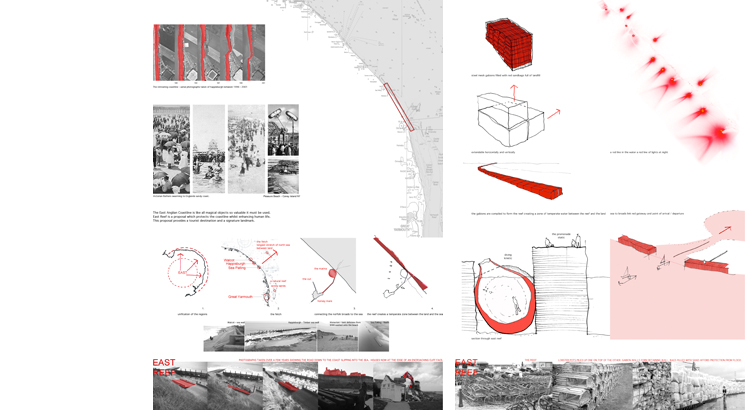 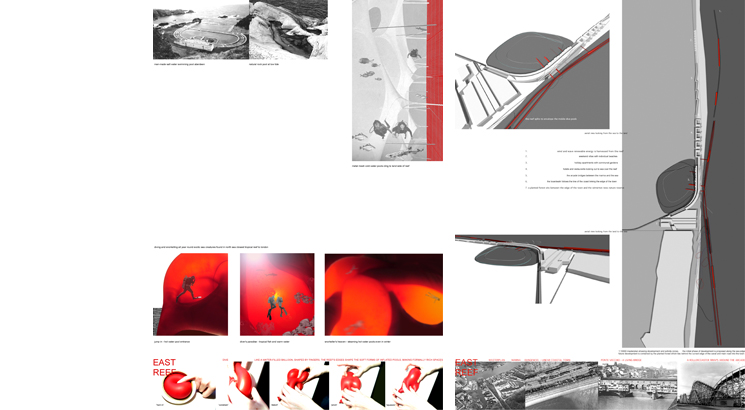 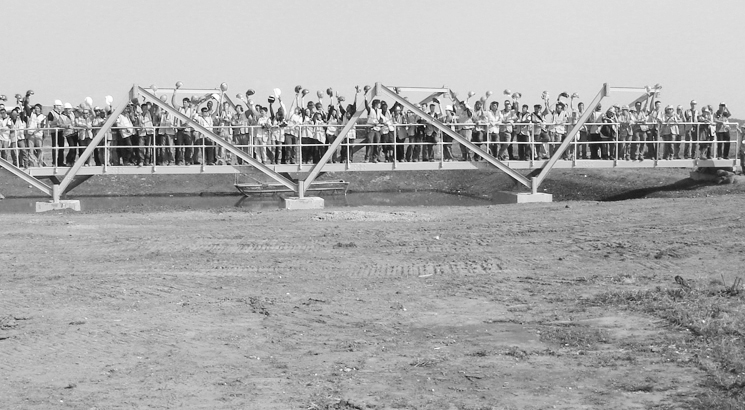