We were invited by British Land to design a temporary proposal for a prestigious site in the City of London, adjacent to the Gherkin.  The site is currently a vacant construction site and a 3 storey void, 40m wide by 50m in length. A 50 storey office tower designed by Richard Rogers will be built there once the economy recovers.  The competition called for exciting ideas for the site during its dormancy.

Our idea was to build a relatively large but economic structure using simple and standard site materials and products, but using these in an exciting and innovative way. Like a spider uses the opportunity of a dormant corner to spin a delicate web, we propose a cobweb-like structure that grows up out of the corner.

Steel scaffold is perhaps one of the most common materials on construction sites. It usually encases or clings to the side of a building, but is not often appreciated as a clever example of construction in its own right. We liked the idea that the scaffolding doesn’t support anything other than itself and can therefore be a playful, joyful, beautiful structure to be appreciated in its own right. The grey scaffold poles could be sleeved in coloured plastic to highlight the structure. The mesh netting that often wraps around scaffold could be used to give ethereal form and volume to the scaffold, and capture light cast on it in an interesting way.

We also looked to enliven the hoarding around the site and make a contribution to the city street scene by creating additional amenity spaces to be occupied by information points, seats and small kiosks to sell newspapers, cups of coffee, sandwiches. 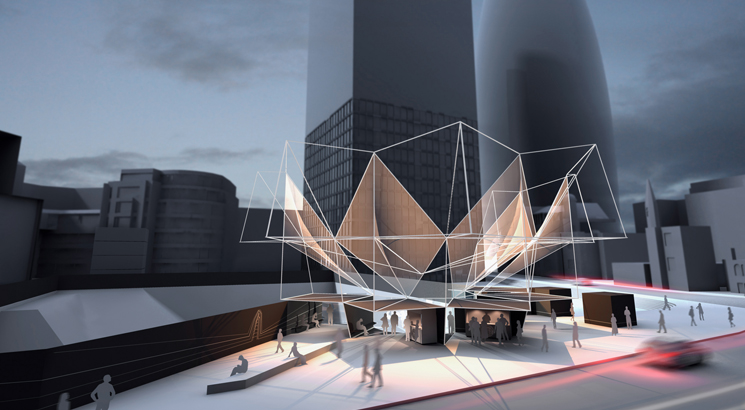 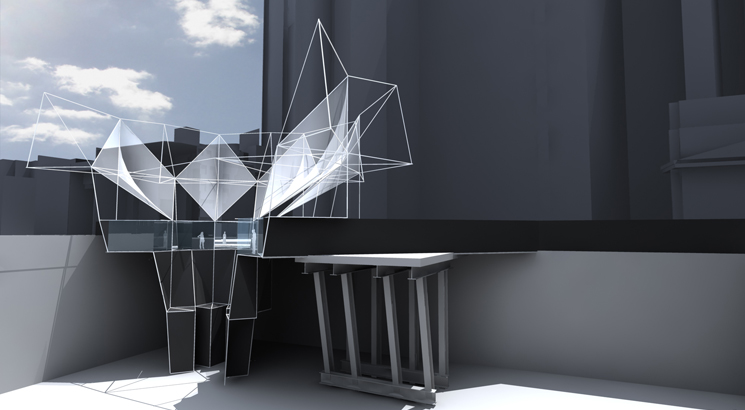 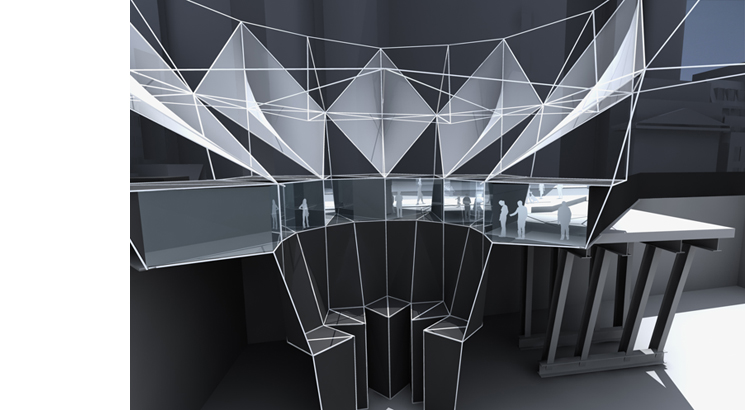