We worked with WWTC to design a visitor centre and new masterplan for the greening of a large landfill site on the Rogerstown Estuary in Ireland. The building and park will increase in size over three phases, eventually accommodating 100,000 visitors and 8,000 students.

Rogerstown Estuary, which is 14km north of Dublin is currently afforded high levels of protection via its environmental designations that include Ramsar site, SPA, SAC amongst others.

The landfill site was created in the 1970’s when it was deemed acceptable to dispose of waste adjacent to an estuary. It will shortly be decommissioned and capped, its base extensively planted and topped by a grassland meadow. The site will become a park accessible to local people and visitors.

The visitor centre, a simple timber structure, will sit to the west of the landfill site on the edge of the boundary between saltmarsh and grassland looking out over the estuary. The building stands alone in the landscape. The outline of the roof is important against the wide open sky. Once the landfill is accessible the building will be viewed from above and therefore the roof becomes the fifth elevation.

The upper storey which contains two distinct halves contains a restaurant serving local food from the estuary and a flexible community space. Separating these volumes is an external passage leading to a vantage point, ideal for viewing the estuary. From here birds and other species can be observed as the tide ebbs and flows revealing a different character to the estuary at different times of day and throughout the seasons. 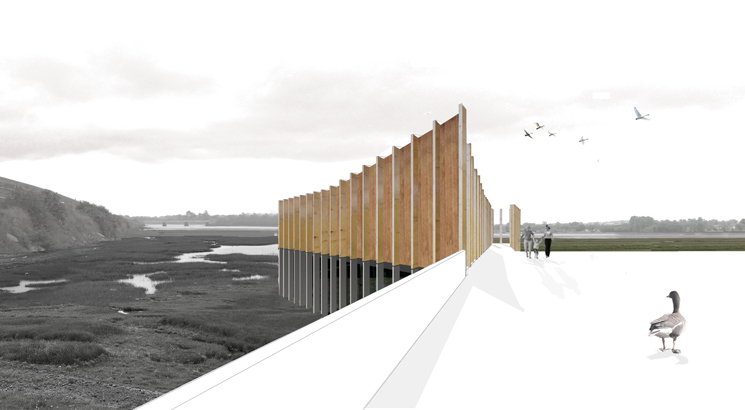 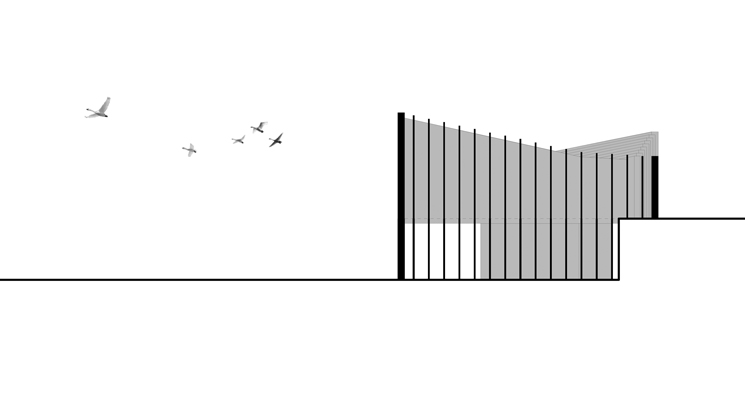 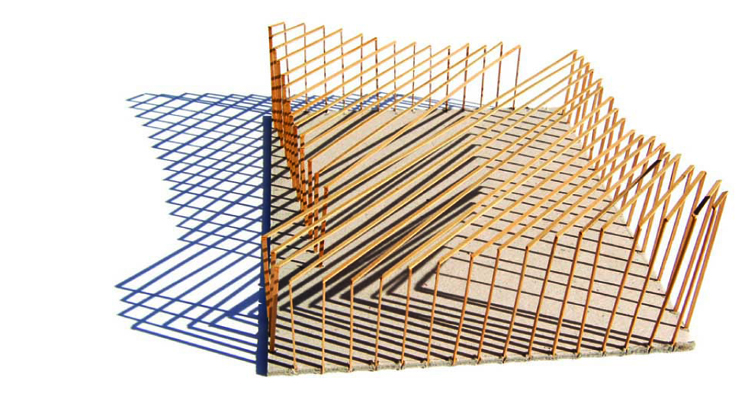 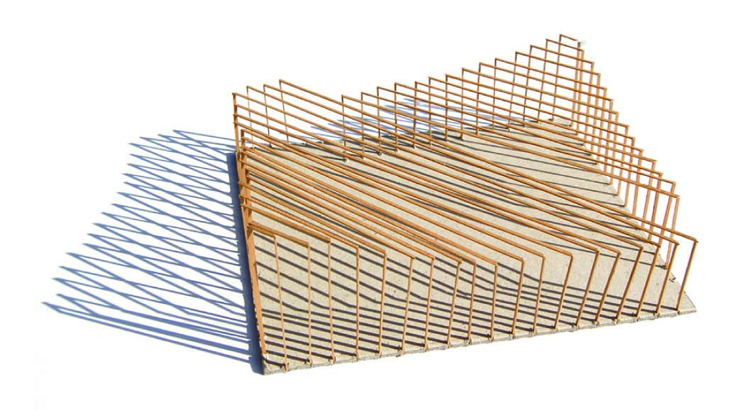 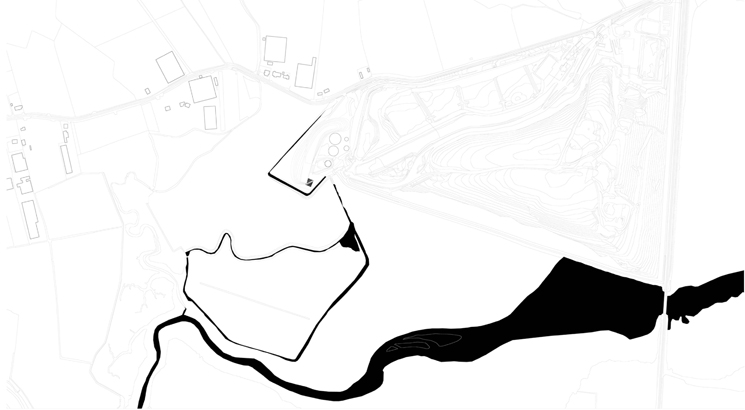 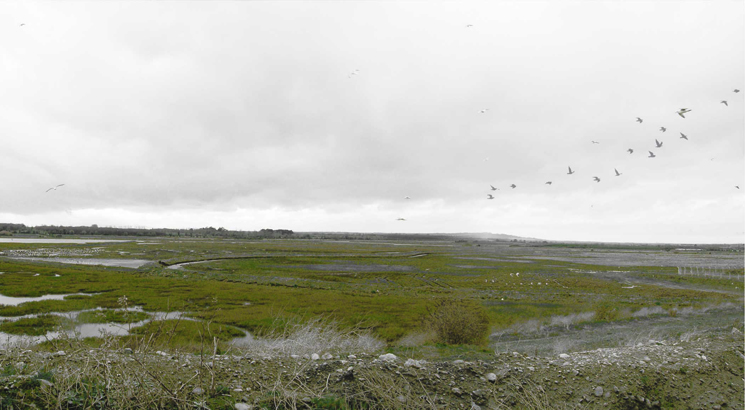